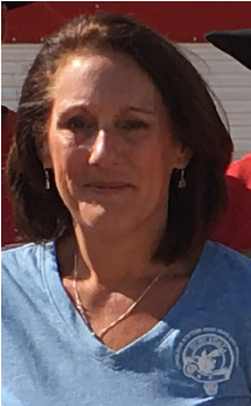 Peggy became President of the Longs Peak Scottish Irish Highland Festival in January of 2020, following in the footsteps of her father, the founder of the festival and Tattoo, Dr. James Durward, who retired in December 2019 after 44 years of service to the event.

Since assuming the position of President, Peggy has actively sought to bring both new elements and events to the festival, and to develop existing aspects, including the Tattoo, which will be rebranded the Estes Park International Tattoo - with an international production team and cast - from 2022.

Peggy has incredible passion for the festival and Tattoo, and an enduring love for both the events, and the people who work on and attend them. She is always delighted to meet and hear from festival patrons.

Peggy looks forward to maintaining and developing the 45 year tradition of the Longs Peak Scottish Irish Highland Festival, and its place as one of the leading cultural and educational entertainment spectacles in the region and the nation